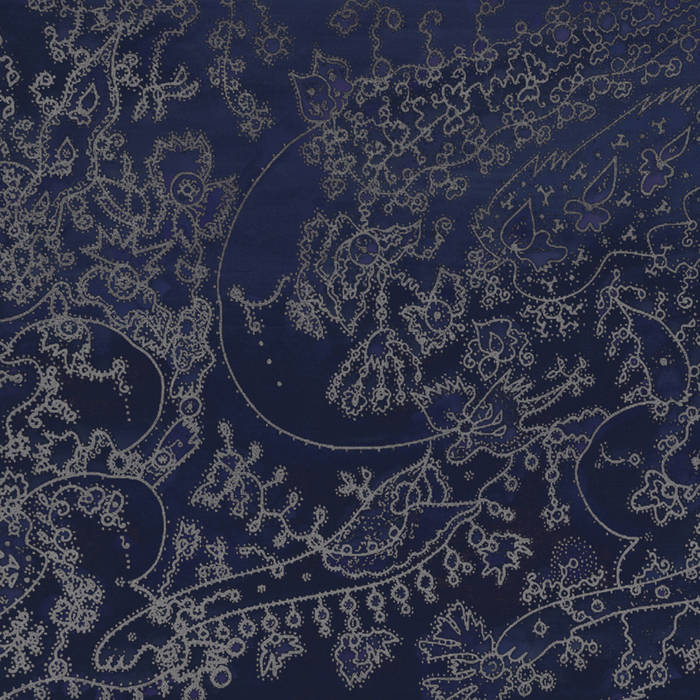 Svitlana Nianio has been active in the Ukrainian and Polish underground music scenes since the early '90's both as a solo artist and a prominent member of the now disbanded avant-rock outfit Cukor Bila Smert (Sugar White Death). Her music draws on aspects of modern composition and traditional Slavic music, with songs and experiments from that early period culiminating in the 1999 album Kytytsi (Koka Records, Poland). Prior to that in 1995, Nianio recorded Lisova Kolekciya (Forest Collection) live in a simple home studio setting with Olexander Yurchenko and Konstantin Nazarenko.

Less indebted to folk tradition than Kytytsi, Lisova Kolekciya was performed using Casio keyboards, electronics, and voice, positioning itself more inline with Terry Riley's Shri Camel in its otherworldly reinterpretation of the ancient through modern means. Retaining aspects of traditionl music in its use of spare instrumentation and haunting vocal melodies, this largely unknown album pushes at the edges of what folk music might be, resulting in music previously described as being "deeply rooted in primeval myths, creating a world of magic realism, in which the temporal dimension and the other world constantly move and permeate."

Issued here officially for the first time after an extremely limited private cassette edition handed out to friends in 1996 - where the recording was twinned with the album Znayesh Yak? Rozkazhi (Know How? Tell Me) - Lisova Kolekciya comes packaged in a full colour offset printed sleeve featuring artwork by Svitlana Nianio and is limited to 300 copies. 75 copies are housed in a special edition sleeve handmade at Faraway Press and are only available to oder direct from the label. Each copy comprises a unique painting made my Andrew Chalk to compliment the standard edition cover artwork and features de-bossed texts throughout the design.

Bandcamp Daily  your guide to the world of Bandcamp

Guests include Kassa Overall and Muriel Grossman, plus an LP of the week by Van Hunt.